The Rio Grande flows from west to east, from the Andes to the Atlantic Ocean, through approximately 60 miles of Argentine territory. The landscape of Tierra del Fuego is reminiscent of Wyoming or the Scottish low country. It includes sparsely populated wilderness, large sheep farming estancias, and wild herds of llama-like Guanacos, as well as plentiful red fox populations and condors. The lodge is located on the banks of the Rio Grande, in Tierra del Fuego, Argentina. Just a few miles above the tidal influence.

The first Brown Trout were stocked in Tierra del Fuego by English angler John Goodall in 1935. Shipped from Puerto Montt, Chile, 60,000 salmo trutta eggs survived the arduous journey to be planted on the Candelaria and McLennan rivers, both tributaries of the Rio Grande. These fish eventually found their way to sea, likely attracted by the rich nourishment found in the brackish estuaries. Sea-run brown trout now complete annual migratory cycles similar to salmonids, spawning during the fall in freshwater. Juveniles remain in the river up to four years until their first ocean migration, where they will feed and grow for about 6 months before their first return to freshwater, weighing approximately 3 to 6 pounds. Researchers have found sea-run brown trout that have spawned more than 6 times. A trout that has completed 4 cycles of returning to freshwater can weigh more than 20 pounds. The frequency with which they return to freshwater is also an indicator that the fish face few threats. It’s also an example of the benefits of catch and release. 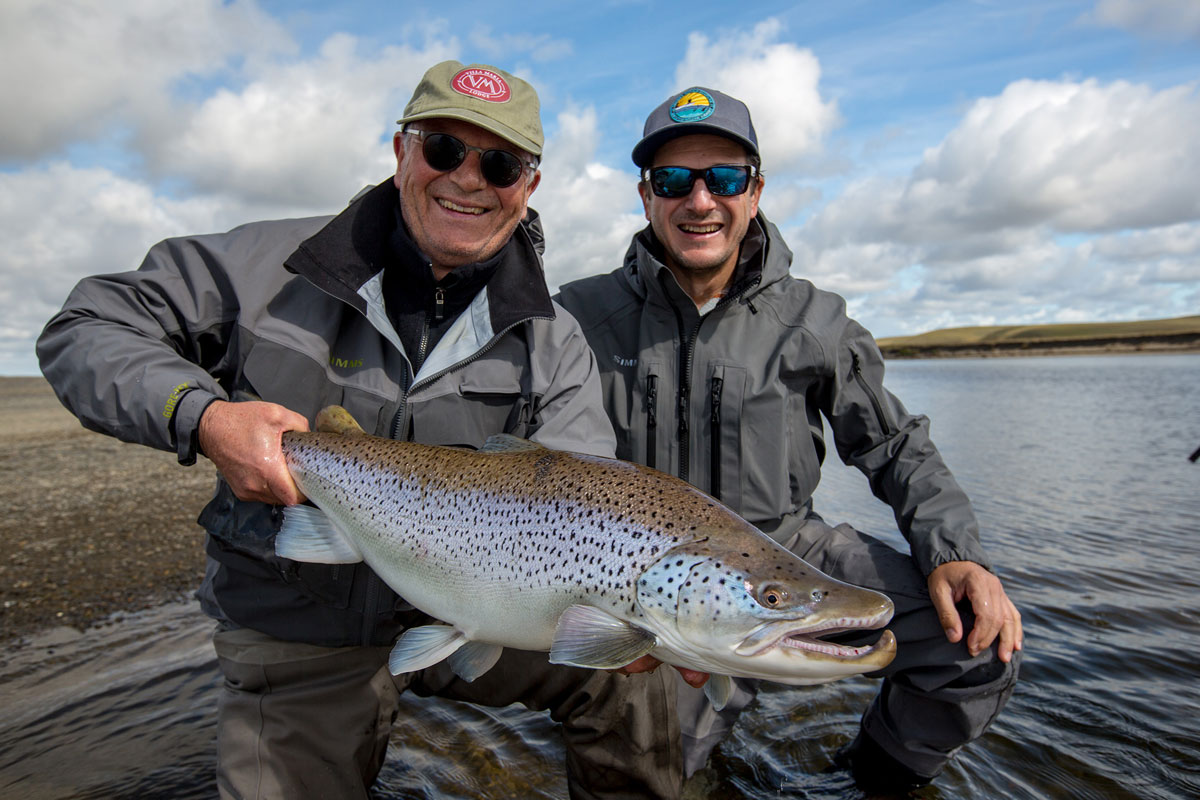 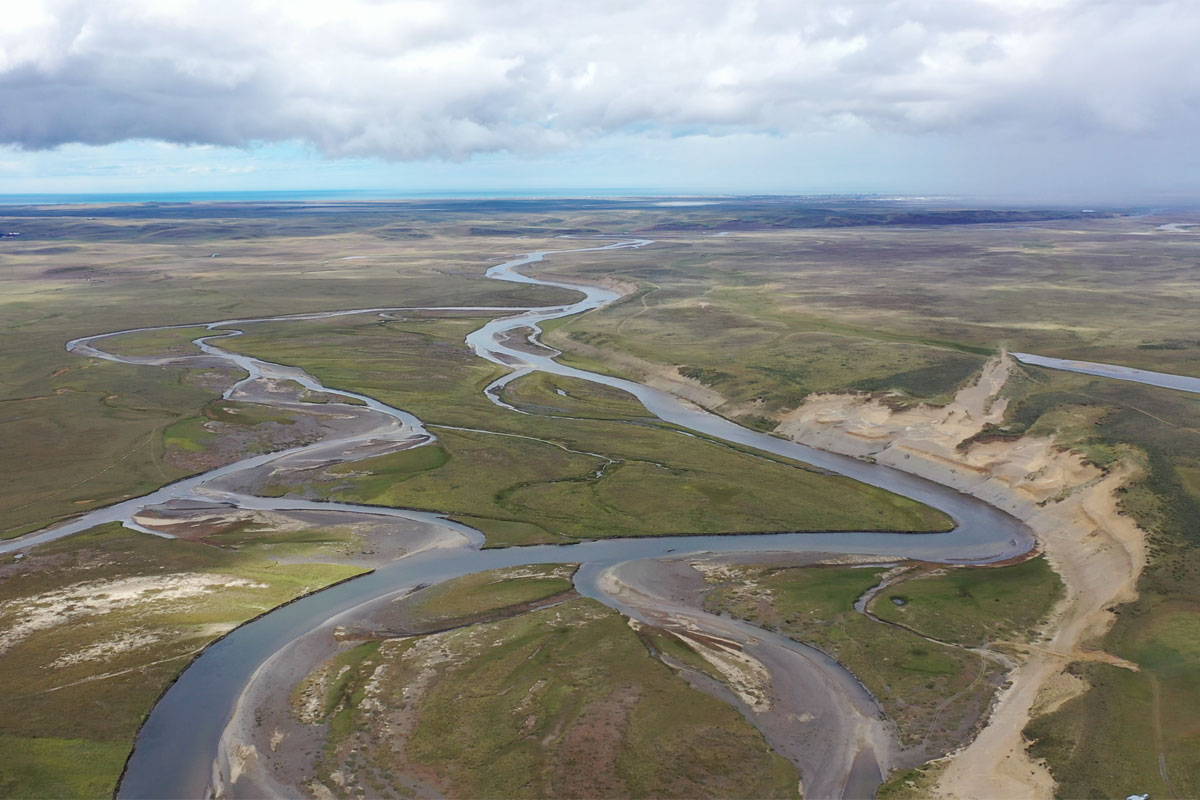 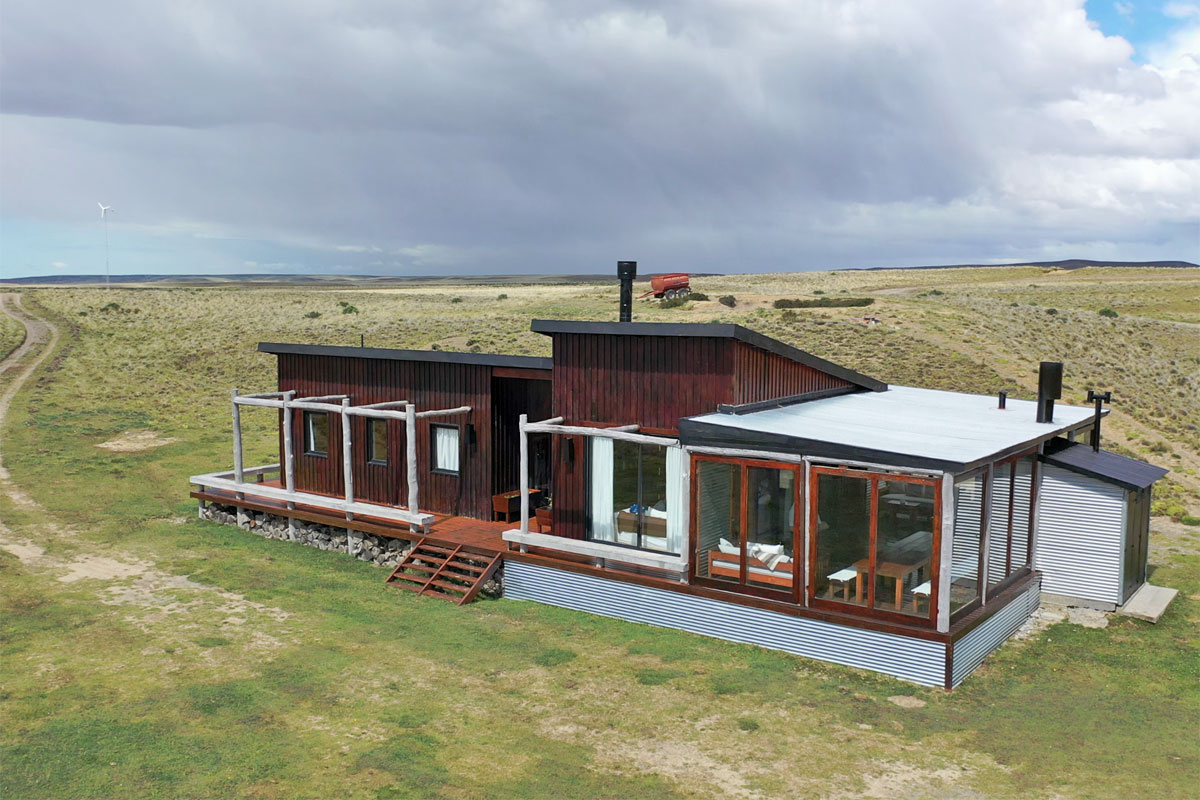 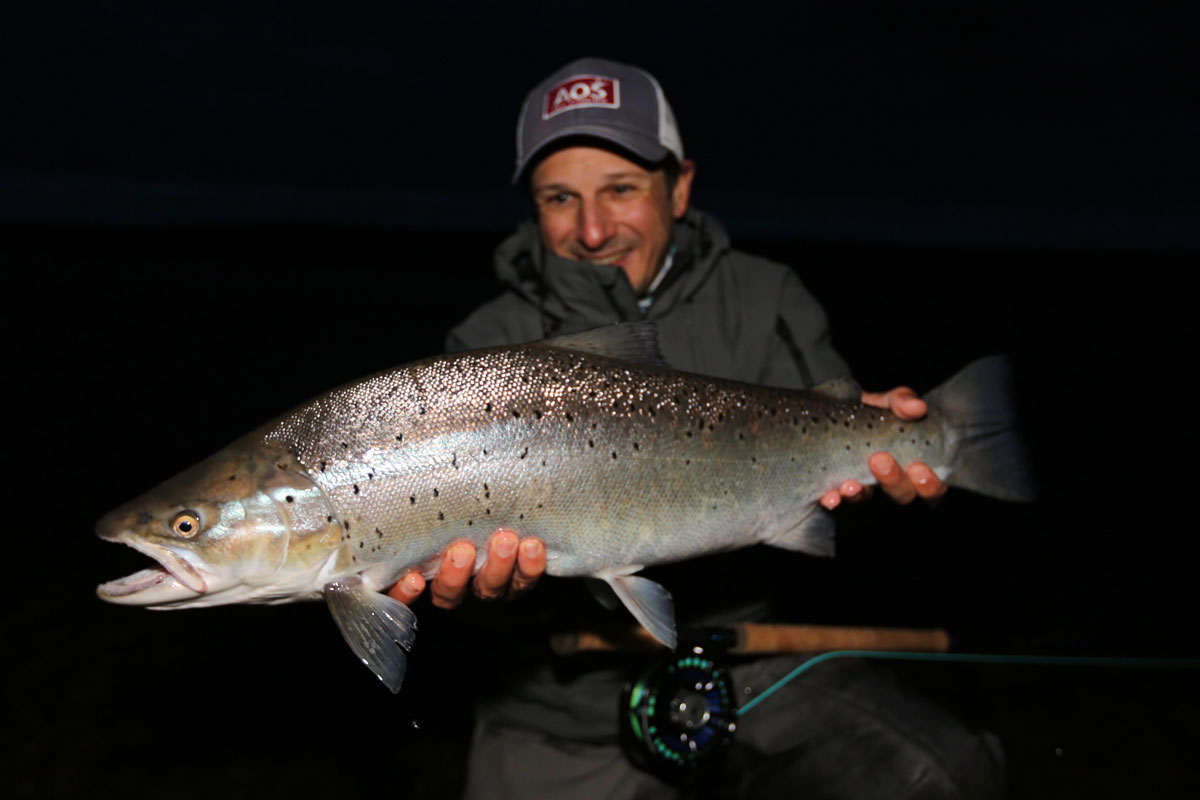 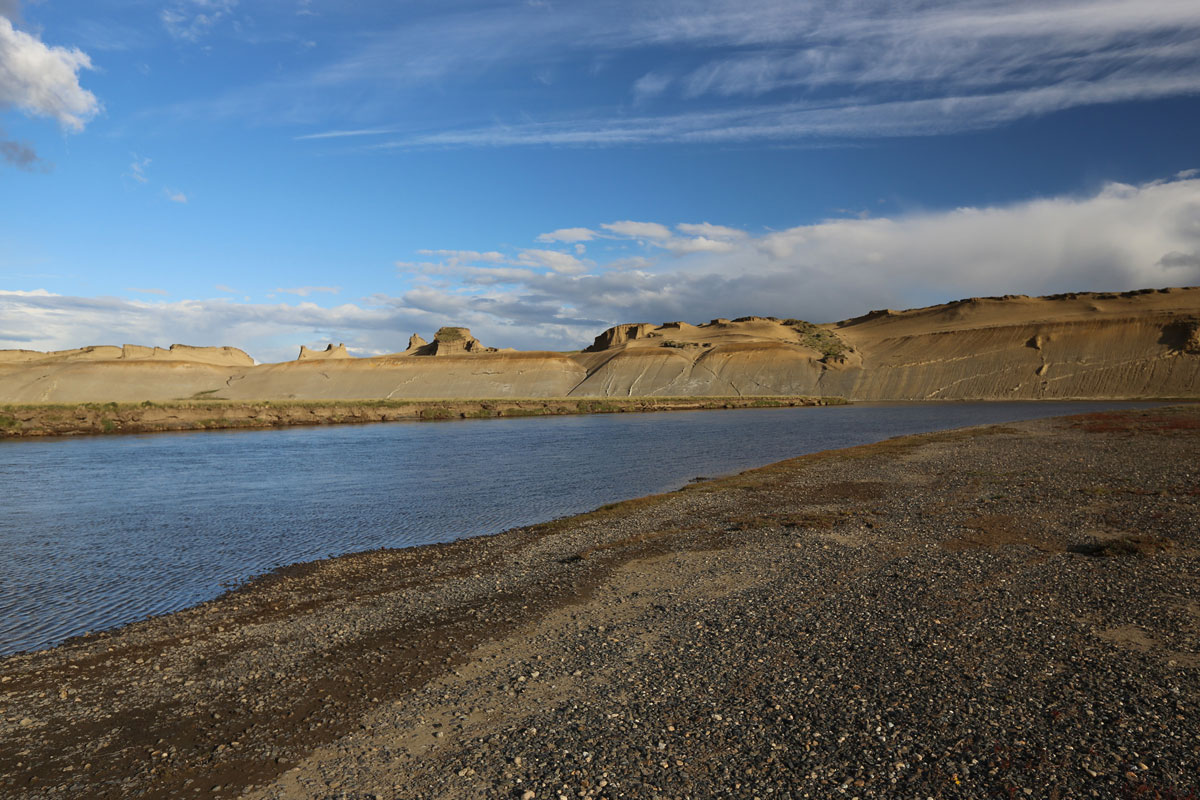 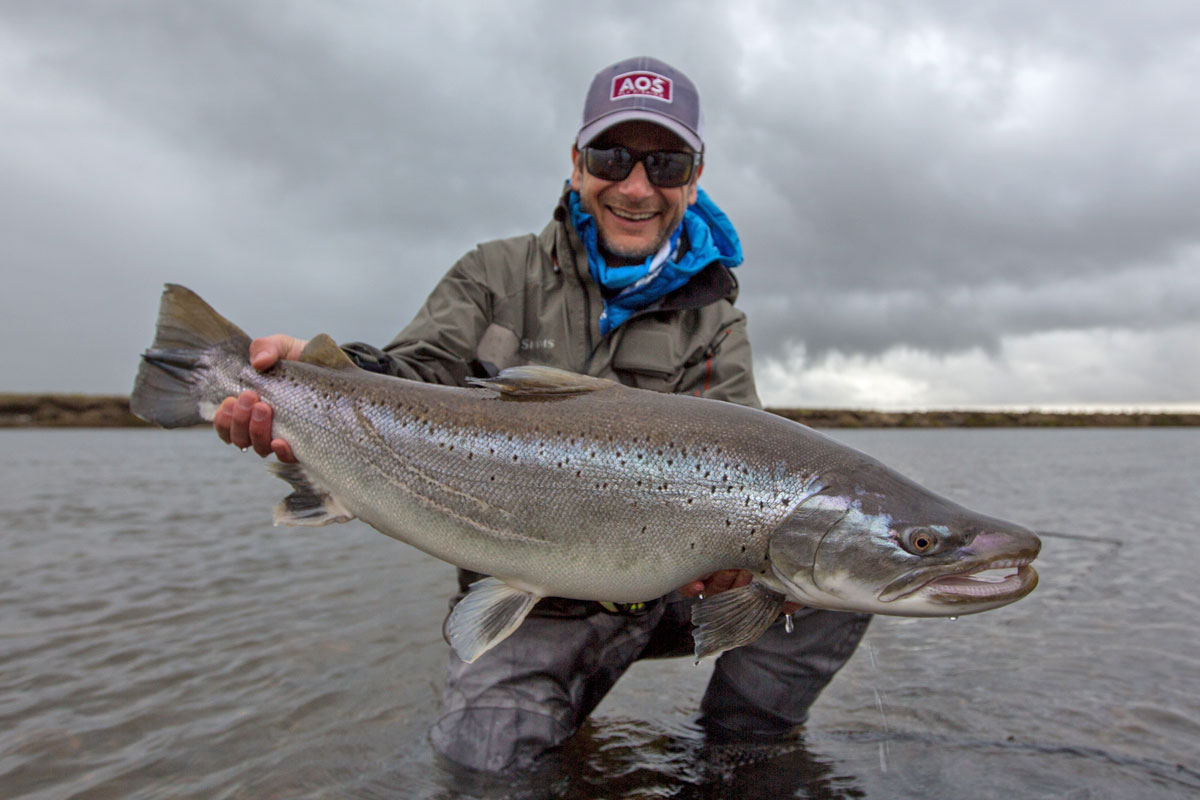 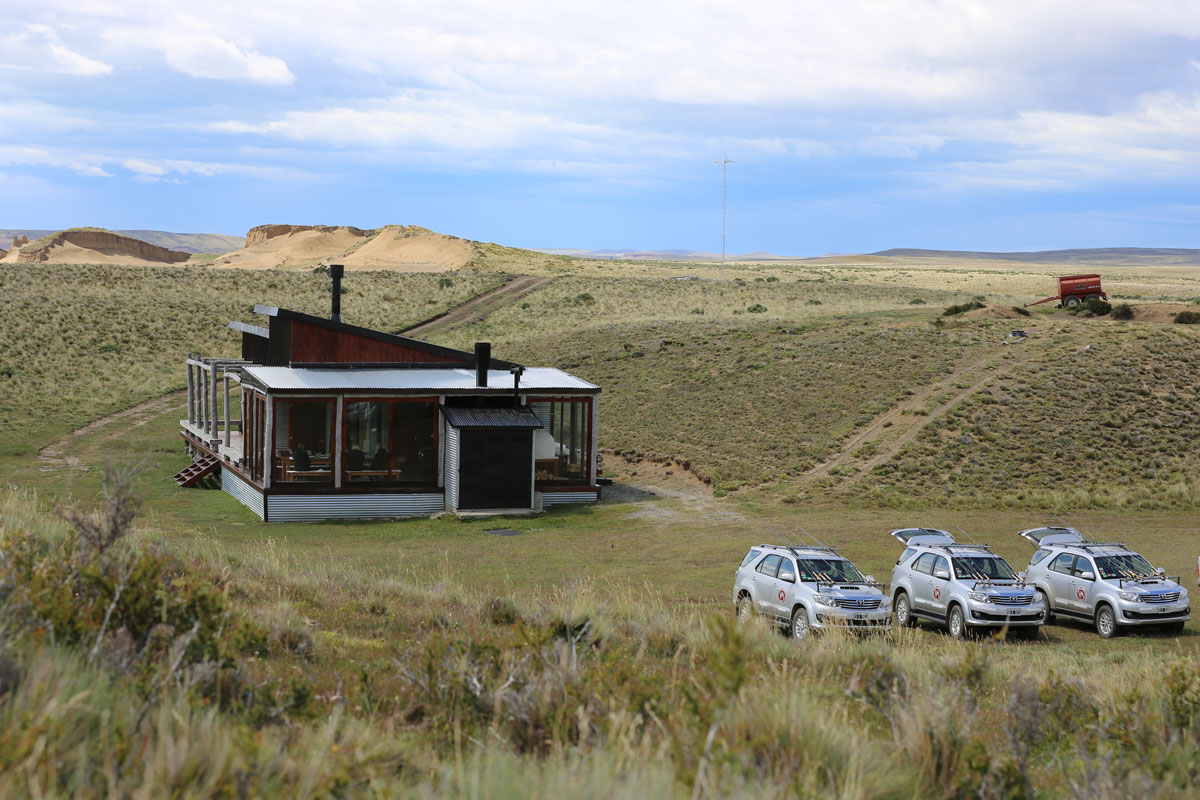 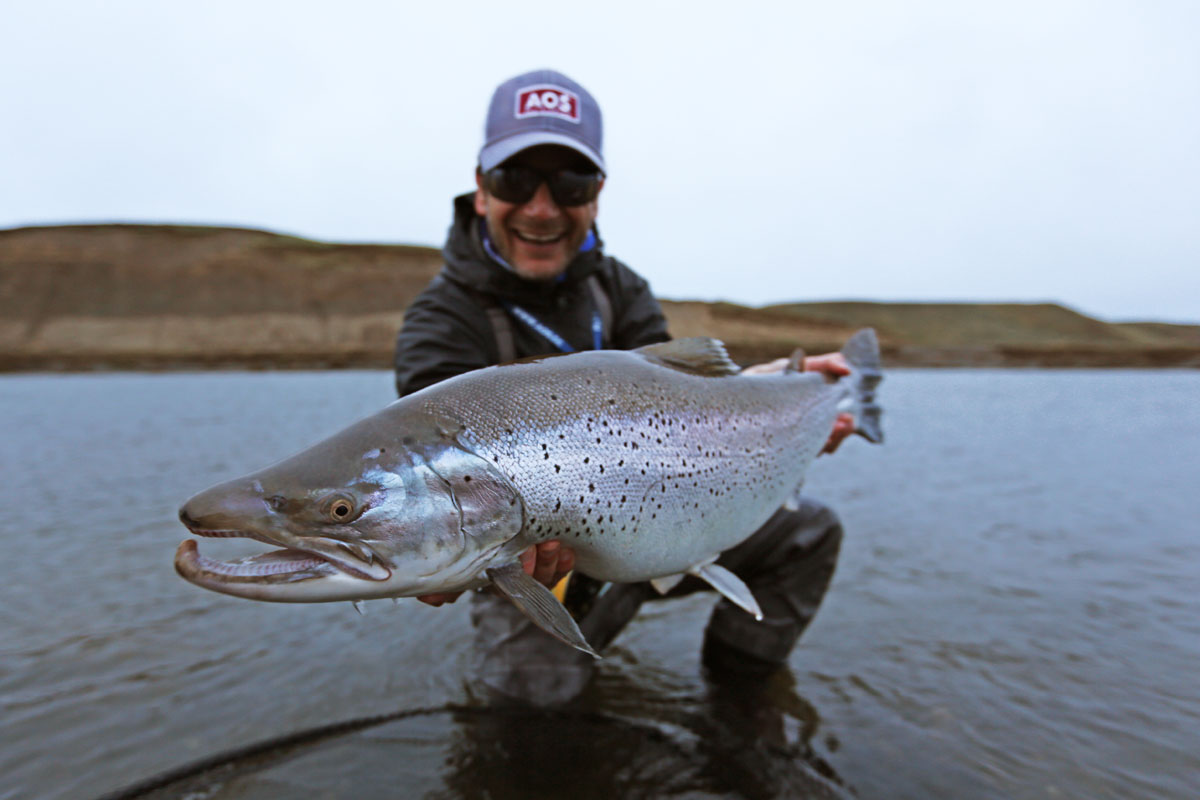 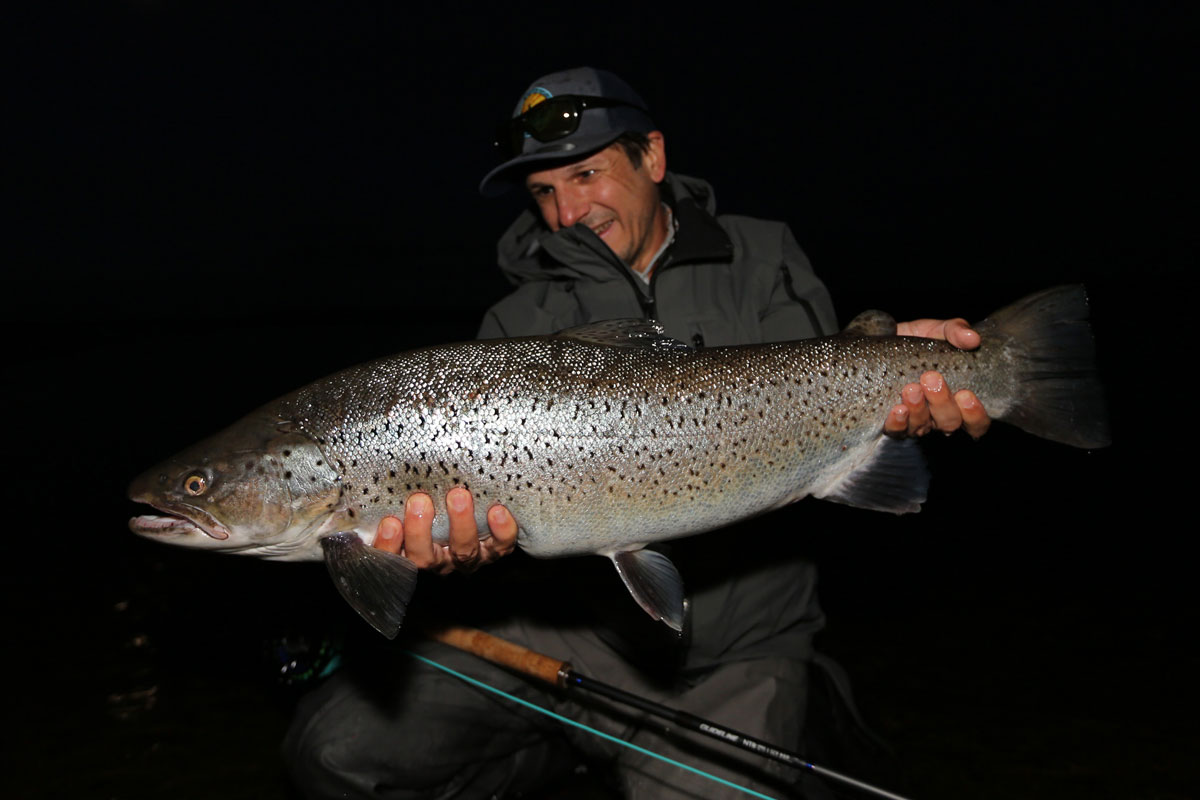 Villa Maria Lodge is a modern, comfortable fishing lodge in every way today, with 6 en suite double and single rooms, smart furnishings, and spacious and gracious living areas. Delightful meals are prepared daily by the lodge’s dedicated chef, so you will fish each day well fortified for battle with the Rio Grande’s giant trout, and each evening a roaring fire and well stocked bar will welcome you back from the day’s adventures. Villa Maria also boasts a day lodge on the river bank. The day lodge is a small house with three rooms, including two queen-bedded rooms for midday siestas. Guests use the day lodge each day, and doing so increases fishing time.

Guests fly into Buenos Aires, Argentina, and typically overnight there, with a day to spend touring this wonderful city. Arrival day at Villa María is set for Sunday. Commercial airlines fly from Buenos Aires to the airport of Rio Grande (3-hour flight), where a lodge representative will meet you. The transfer from Rio Grande airport to the lodge takes 30 minutes. On arrival at the lodge, guests are welcomed with cocktails by the entire Villa Maria staff. 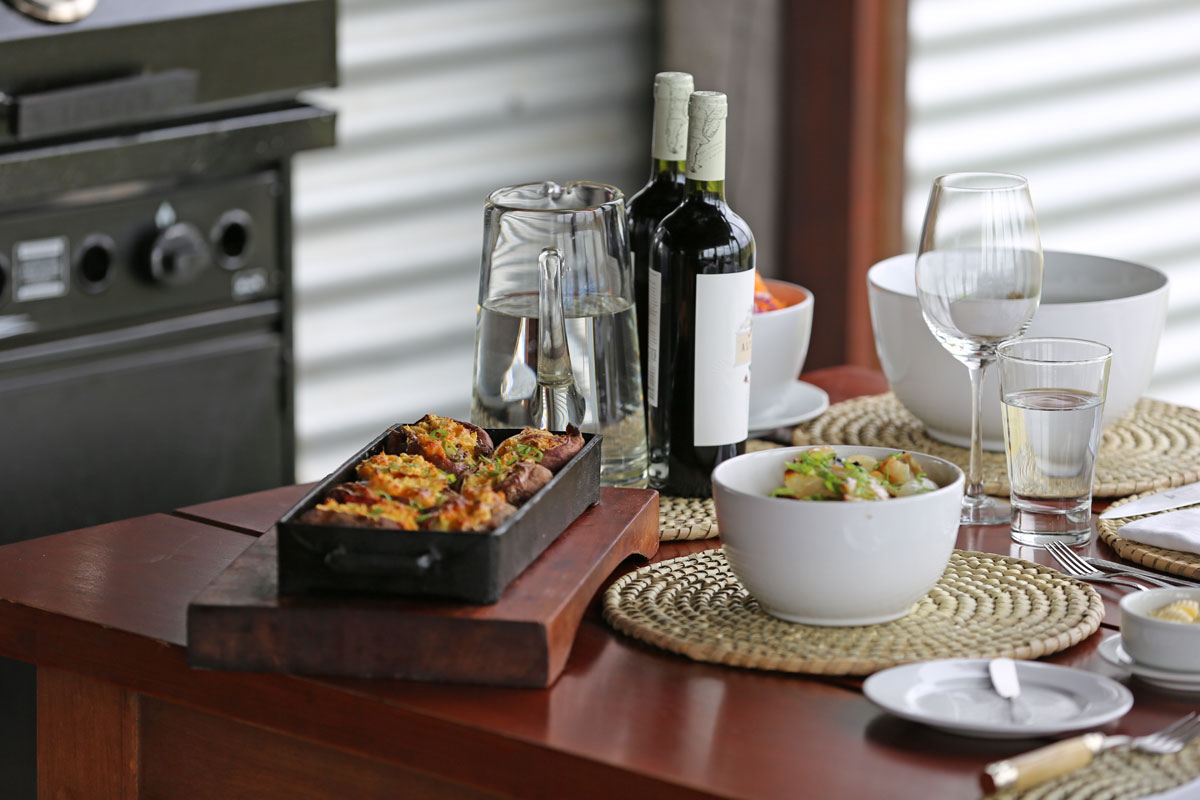 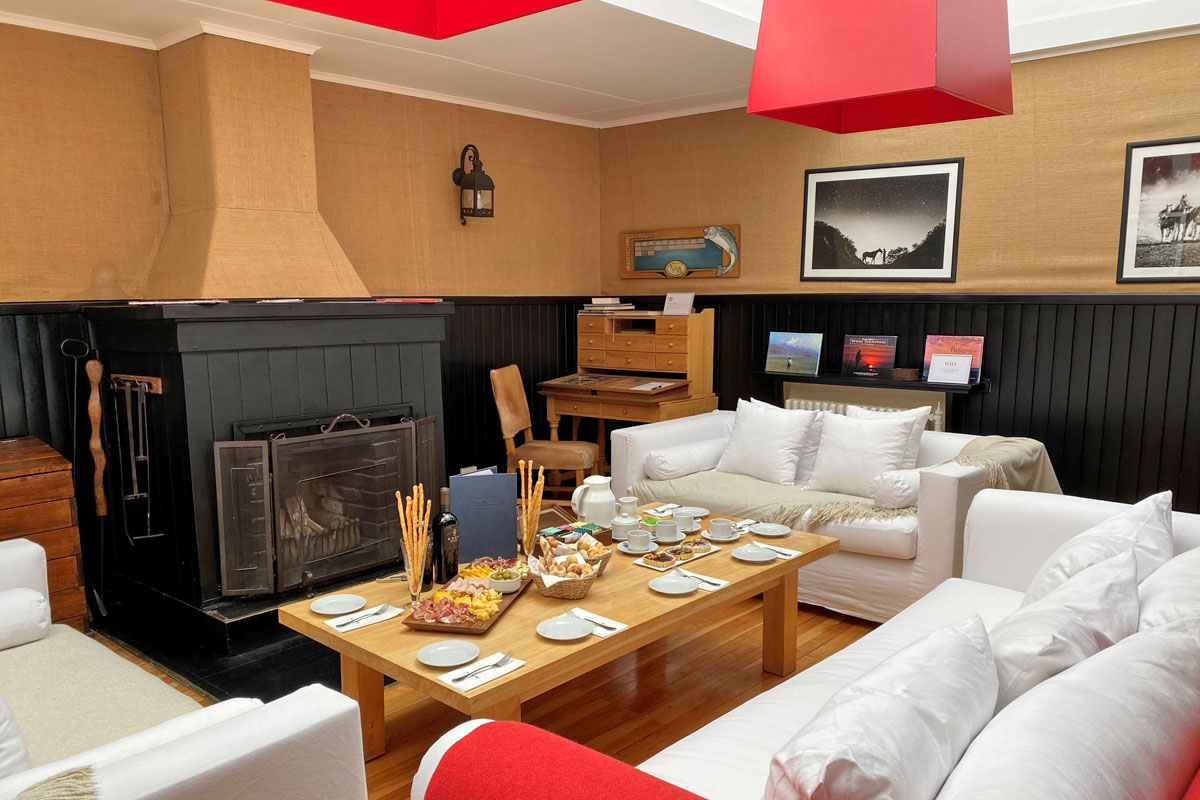 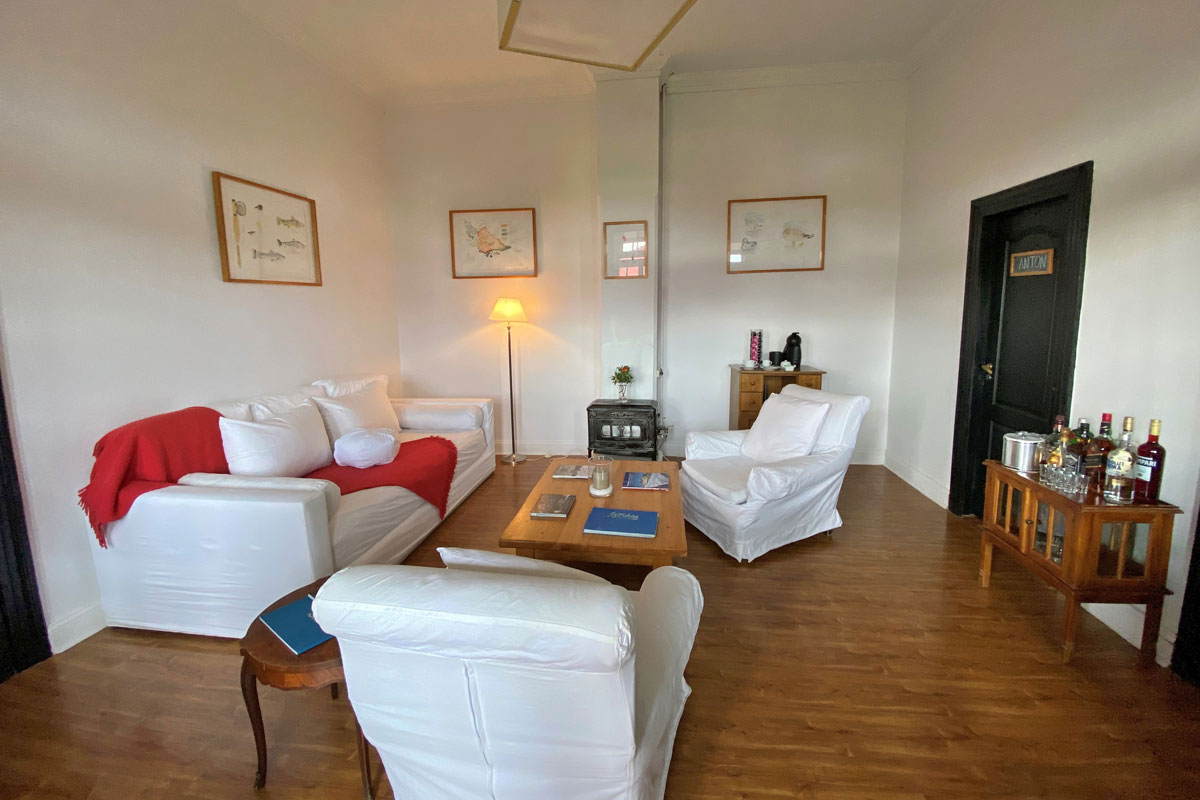 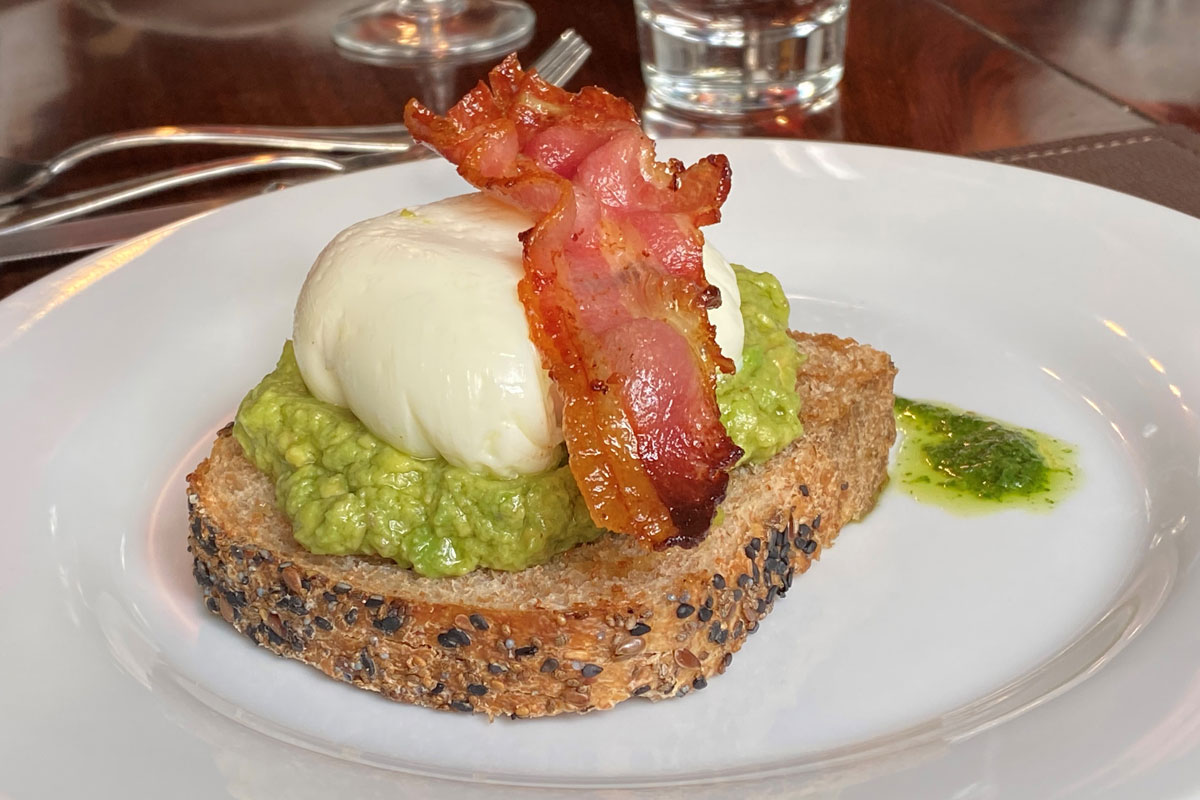 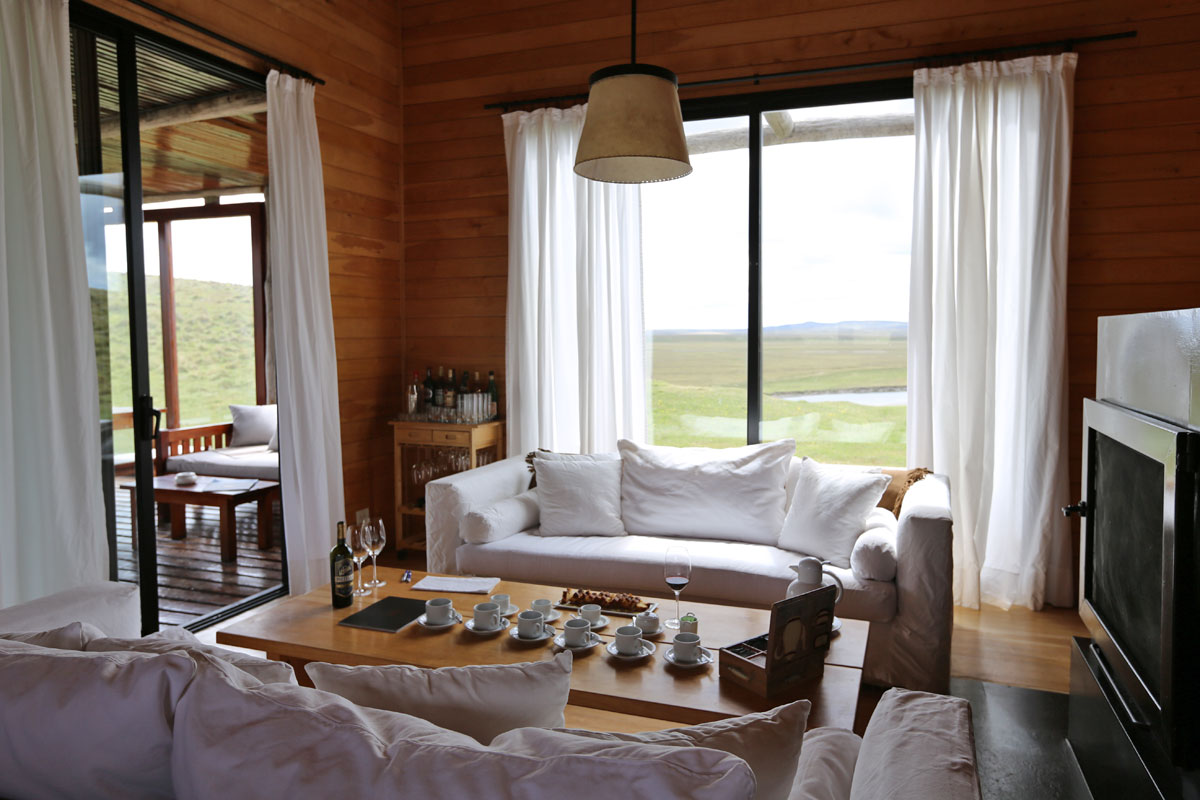 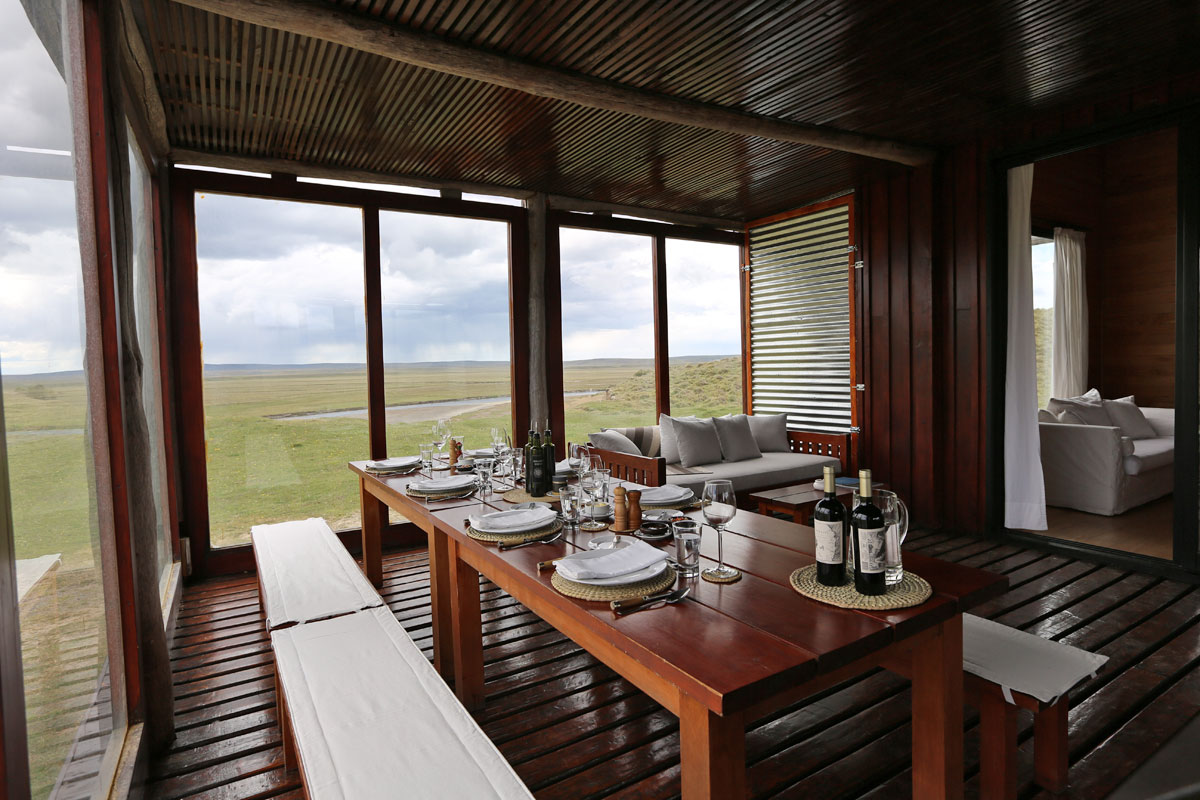