7 degrees south of the Equator and 220 nautical miles southwest of Mahé, the Alphonse Atoll lies in the very heart of the Indian Ocean and is part of the Alphonse Group of Atolls. Incorporating Bijoutier and St Francois, these two atolls extend sixteen kilometers south from Alphonse.

Alphonse is the one of the famed saltwater destinations of the Indian Ocean and perhaps home to the most profilic Bone fishery in the world. In addition to the abundant bonefish, ranging in size from 3 – 8 lbs, there are three species of Trigger fish, five species of Trevally and a plethora of other flats and offshore species. Perhaps the most challenging fish to catch is the fabled Milkfish; a turbo charged algae eater growing to 40 lbs. The guides on Alphonse Island have pioneered techniques which have allowed these vegetarian and notoriously difficult fish to be caught. This diversity gives the angler the opportunity to target a myriad of different species during the course of one trip. The fishery caters for just 12 anglers, two per skiff and guests are guided by some of the most experienced saltwater guides. Anglers are transferred for the short run from Alphonse to St François lagoon by the 40 ft. mothership to where the skiffs are kept anchored. The fishing is very much tide dependent so the prevailing conditions will dictate which species you will focus on. You are then able to access the vast expanse of flats, lagoons, channels and reefs which spoil anglers in the choice of environment and species for which they would like to hunt. 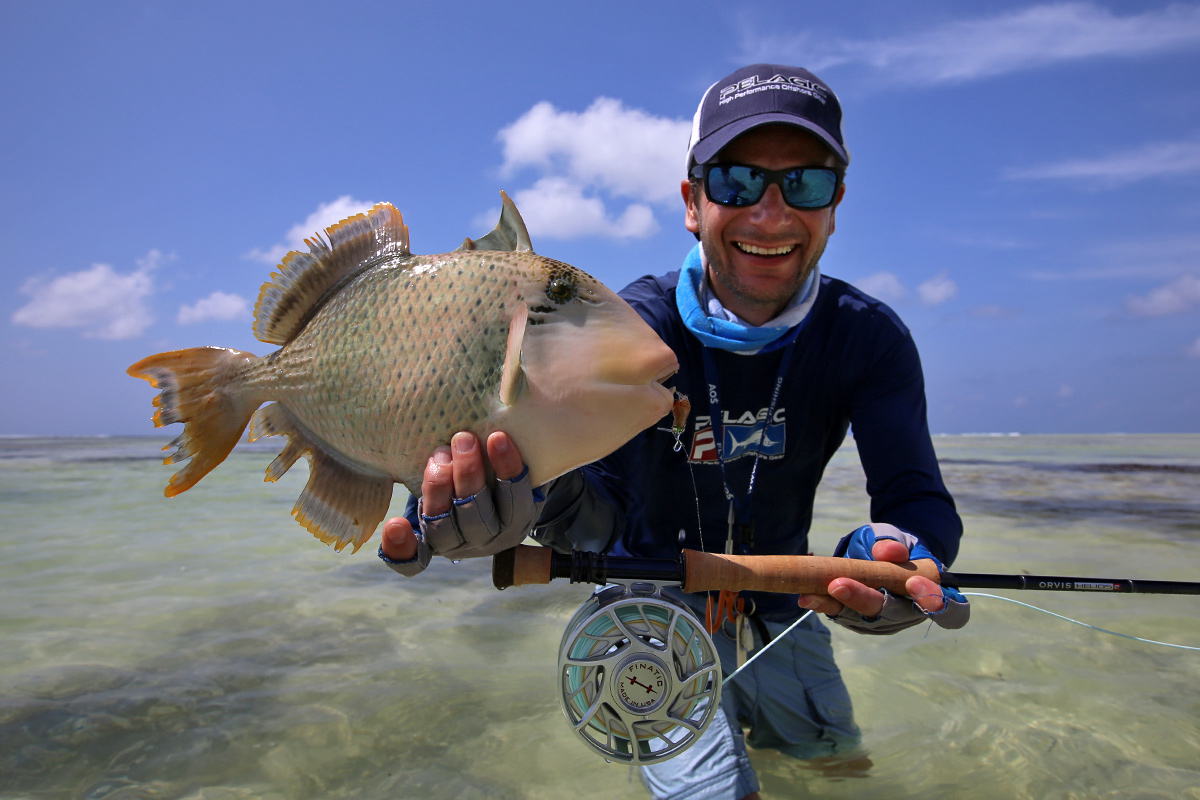 A maximum of eighteen double units, each with their own spectacular Alphonse sea views accommodates guests in this unique adventure destination. The quaint bungalows are set in neatly maintained gardens and are dotted along the East side of Alphonse. Each has a veranda and is approximately sixty square meters in size. All bungalows are air-conditioned, have a direct access telephone systems from which international calls can be made as well as a mini-bar. Each has a large queen-size bed (twin beds on request), a spacious en-suite bathroom with jacuzzi-style bath and a glorious outside shower. The chefs will delight you with their very best traditional Creole creations, often enhanced by a tantalising international influence. The meals will be served in the popular “Le Lys” Bar and adjoining beach. In addition, there is a dazzling choice on offer certain nights of the week when you can enjoy theme evenings such as the Beach Barbecue, Creole Cuisine Special and the Seafood Buffet.

IDC Aviation has a range of aircraft that can fly to / from Mahé and Alphonse. These Mahé / Alphonse flights are around one hour in duration. There is only one scheduled flight per week that operates from mid-October to the end of April and that is on a Saturday. The aircraft departs from the Domestic Terminal at Mahé Airport at around midday and flies to Alphonse, returning to Mahé later in the afternoon.

Seven (7) nights single occupancy accommodation at Alphonse Island Resort There are no single supplement charges on accommodations for this destination. Six (6) full days guided fishing (2 angler per guide/boat). All meals on Alphonse Round-trip charter flight from Mahe to Alphonse (US$ 1.300 per person) that is included in all packages. Seychelles fishing license. Check in assistance at terminal in Mahe for IDC flight to Alphonse. Use of non-motorized water craft, bicycles and tennis court.

Round-trip airfare from your home to Mahe Intl. Airport (SEZ). Alphonse Conservation Levy of US$ 175 per person (payable on island). Meals and accommodation on Mahe or any other en route cities. Alcohol and other beverages at Alphonse Island Resort. Gratuities for staff and guides. All fishing equipment, tackle and flies.