Fishing for trout with an ultralight, two- handed fly rod is definitely a specialized niche, but for covering water, prospecting for fish, and electrifying big grabs, a Trout Spey can’t be beat.
Beulah has been making dedicated trout spey rods, starting with the Classic 4/5 in 2005. We have been continually refining our tapers and materials to create the easy casting and efficient rods that Beulah has always been known for. The Platinum G2 Trout Spey rod series incorporating Graphene* technology are the lightest and most durable rods yet.
Last season, we were fishing prototypes for the Trout Spey series on steelhead streams and we are in love! These might be the most versatile two handed rods in the Beulah line up.
The Beulah Platinum G2 Series rods are constructed using state of the art Graphene material, AAAA Cork grips with burl inlays, wood burl insert on reel seats, solid titanium stripper guides, and industries finest Snake brand* guides. 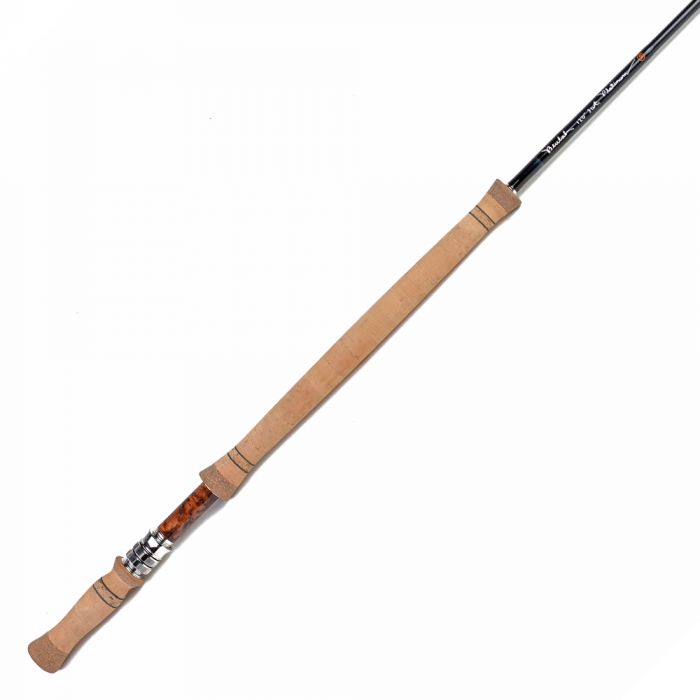 Vai all'inizio della galleria di immagini
Dettagli
*Graphene is an allotrope of carbon in the form of a two-dimensional, atomic-scale, hexagonal lattice in which one atom forms each vertex. It is the basic structural element of other allotropes, including graphite, charcoal, carbon nanotubes and fullerenes. It can also be considered as an indefinitely large aromatic molecule, the ultimate case of the family of flat polycyclic aromatic hydrocarbons. Graphene has many properties. In proportion to its thickness, it is about 100 times stronger than the strongest steel. It conducts heat and electricity very efficiently and is nearly transparent. Graphene also shows a large and nonlinear diamagnetism, even greater than graphite, and can be levitated by Nd-Fe-B magnets. Researchers have identified the bipolar transistor effect, ballistic transport of charges and large quantum oscillations in the material.