Our best selection of useful colors at your fingertips. Very popular! This is one of sport's most sought after dubbing materials.

Without doubt, Mikael Frödin is one of the most important names in modern flyfishing for salmon and seatrout.
Read his comments on his new Salar Synthetic Series (SSS) Fly Tying Materials:
Ever since, the name SALAR has become a well-known trademark associated with me and my ideas. I have even on occasions jokingly been called “Mr Salar”. Many of my creations have been given the name SALAR as so the latest addition that will be launched in November of 2010 – The SSS - “Salar Synthetic Series” – a new, groundbreaking series of fly-tying material that will simplify and improve my way and hopefully also your way of tying. There are a few other ideas that I’m currently working on that hopefully will be on the market in the close future. 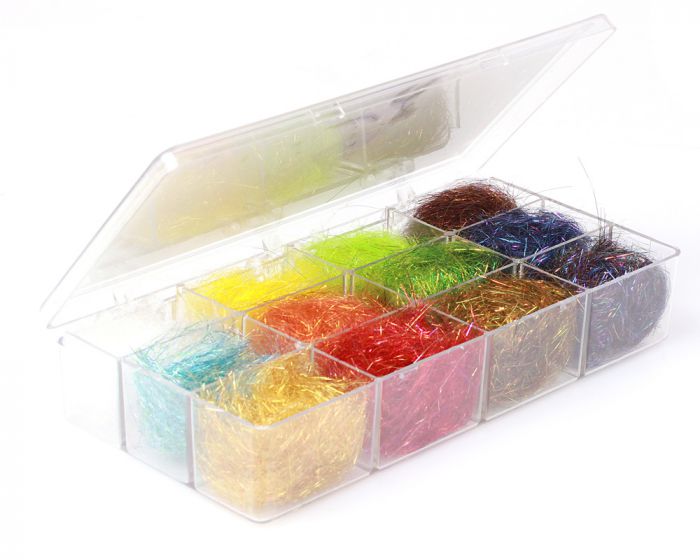 SSS - Dubbing
I have never understood why you should dub without brushing. The ultimate qualities of dubbing are to create a body that reflects and lets through as much light as possible. Most dubbings have too short strands to fit big flies. If you brush it half of the material will fall off which makes it impossible to get the right lustre. The structure of the SSS dubbing consists of transparent synthetic fibers, dyed and mixed with the SSS Angel Hair blends. The strands of the Angel Hair are cut long enough to enable the brushing without them falling off the body.The 15 color combinations give you many imaginable variations for everything you tie!

The twelve major colors are included!